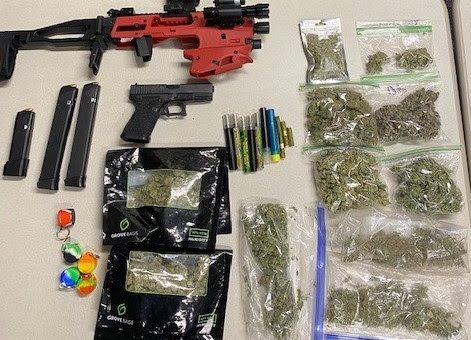 (NEW ALBANY) – A traffic stop for failing to use a turn signal ended with the arrest of a New Albany man on multiple felony charges, including a felon in possession of a firearm.

The trooper stopped the vehicle near the intersection of 16th Street and Market Street in New Albany and spoke with the driver, 49-year-old Lowell D. Frazier, 49, of New Albany.

The trooper said Frazier was intoxicated. He was arrested on a charge of operating a vehicle while intoxicated.