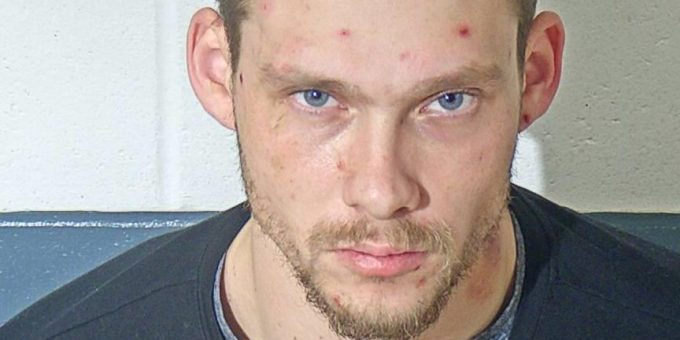 (BEDFORD) – A Bedford man was arrested early this morning after a Bedford Police officer attempted to stop a vehicle at 16th Street and Dental Drive.

According to Chief Terry Moore, the officer attempted to stop a black Chevrolet Equinox after noticing the license plate was upside down.

Kast refused to stop and lead the officer on a pursuit that ended at Pines Apartments in Bedford.

“Kast then exited the vehicle through the passenger side door and began running, refusing to stop after an officer identified himself and yelled to stop multiple times,” said Chief Moore.

The officer caught up with Kast in an open field where he attempted to place handcuffs on him.

“Kast continued to resist until other officers arrived on the scene,” Chief Moore added. “While processing Kast it was determined that he had three active warrants for additional charges.”

Kast was arrested on charges of resisting arrest, escape, wanted on a warrant for petition to modify