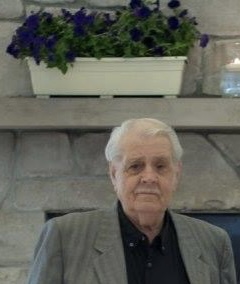 Marlin began his career in welding and layout at Bedford Miscellaneous Iron and Steel and continued his work at Sigma Steel in Bedford before becoming disabled. He was a veteran of the United States Air Force.

Funeral services will be held Tuesday, December 15, 2020, at 1 p.m. at the Ferguson-Lee Chapel of Thorne-George Family Funeral Homes in Bedford with Bro. Don Sanders officiating. Burial will follow at Green Hill Cemetery. Visitation will be at Ferguson-Lee Chapel from 11 a.m. until the hour of the service.

Donations may be made to St. Jude Children’s Hospital in memory of Marlin Miller.

Online condolence may be sent to the family at www.FergusonLee.com.