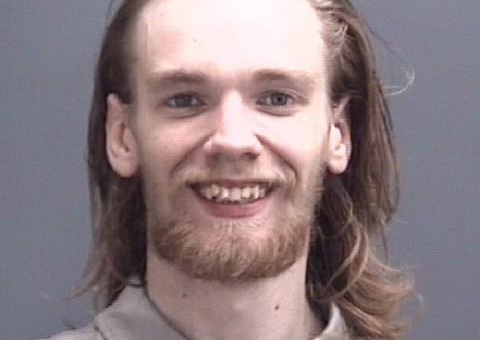 (GIBSON CO.) – A Princeton man was arrested Friday night on drug charges after an Indiana State Trooper stopped his vehicle for a traffic violation.

At approximately 8:05 p.m., the trooper was patrolling US 41 near I-64 when he observed a 2001 Toyota Echo traveling north in the passing lane. The trooper attempted to stop the driver, 21-year-old Collin Gibson, for failing to move over into the driving lane as required by law.

Gibson continued to travel north in the passing lane, disregarded the stoplight at State Road 68, and continued traveling west from US 41. Soon after turning west onto SR 68, the trooper saw Gibson throw out a plastic bag from the driver’s window.

Gibson turned north onto Main Street in Haubstadt and disregarded several stop signs before turning west on County Road 800 South and then north onto CR 400 West.

Gibson was approaching SR 168, but was traveling too fast and crashed into the ditch on the north side of SR 168.

Gibson was arrested without further incident. When officers searched Gibson, they found approximately 3 grams of meth and a small amount of synthetic marijuana. Gibson was also displaying signs of impairment.

Gibson was taken to a local hospital for a blood draw. He tested positive for both meth and marijuana in his system. Further investigation conducted at Gibson General Hospital revealed Gibson was taken to the Gibson County Jail where he is currently being held on bond on charges of resisting arrest with a vehicle, possession of meth, obstruction of justice, operating a vehicle while intoxicated, possession of a synthetic drug, and possession of drug paraphernalia.