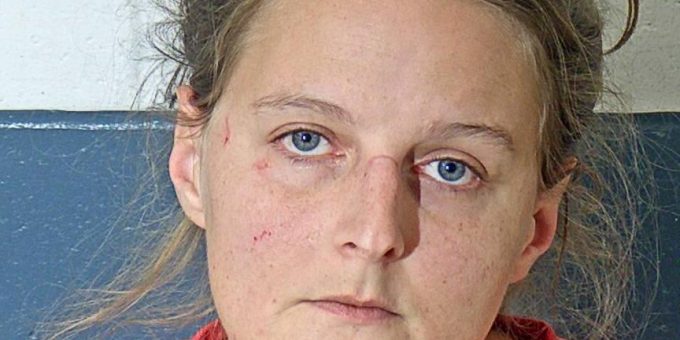 (MITCHELL) – A Bloomington woman was arrested after a domestic fight Thursday in the 758 block of Mill Creek Road.

According to a probable cause affidavit, when officers arrived at the home they spoke with a female who was standing on the porch. The woman told police her daughter, Laci White, told the woman she wanted to take her to a relative’s house and the woman didn’t want to go.

The woman told police when she refused to go White punched her in the face two or three times.

Police say the woman suffered an abrasion on the bridge of her noise and bruising to her eyes.

The woman signed a battery affidavit against her daughter.

Police found White inside the home sitting in a recliner. Police asked White to stand and she was arrested without incident.

Police say White had a scratch above her right eye, but she refused to speak to the officers.