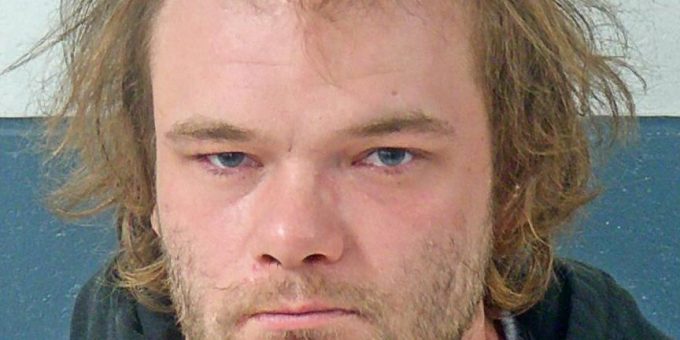 (BEDFORD) – A Bedford man was arrested after he allegedly hurt his father.

According to a probable cause affidavit, on Wednesday at 4:12 p.m., officers were requested to a home in the 370 block of Boyd Lane. While enroute, officers were told Pemberton had left the home and was running into the woods behind the home.

When officers arrived they found a man standing in the driveway. The man said he was Pemberton’s father. He said his wife called him at work around 2:30 p.m. and told him their son Thomas Pemberton was destroying the house and had punched holes in the wall, was throwing things, and was screaming. The man then came home from work and confronted Pemberton.

He told police Pemberton pushed him twice and then slapped him in the face. The father then went outside and called the police.

While on the phone with the dispatcher, Pemberton fled the house into the woods.

The man was then asked if he would like to file charges against his son and he said he did.

Officers then searched for Pemberton. As officers approached the woods, Pemberton walked toward them.

Pemberton told police he began yelling and screaming and threw orange juice all over the walls. He then rammed his shoulder through the wall. Pemberton said when his father arrived home, his father confronted him about his behavior. Pemberton admitted he pushed his dad and slapped him in the face and then ran out the back door into the woods.

Pemberton told police he needed help and wanted to harm himself. He was given information about Centerstone and other resource information to seek out treatment.

Pemberton was arrested and transported to the Lawrence County Jail.