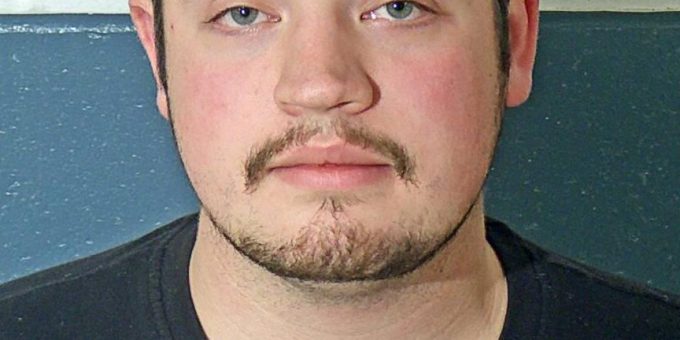 (BEDFORD) – A Mitchell man was arrested on a warrant after he allegedly injured a pregnant woman on November 9, 2020.

According to a probable cause affidavit, Bedford Police officers were called to a room at the Mark III motel after a report of a pregnant woman was injured during a domestic fight. An IU Health Hospital ambulance also responded.

The female, who was 12-weeks pregnant with Jones’ baby, was transported by ambulance to IU Health Hospital for a medical evaluation.

She told police she was asleep when she woke to Jones on the phone yelling at his father. She said Jones then hung up and started yelling at her saying all the problems with his father were her fault.

The woman told police she started to walk to the door of the motel room when Jones grabbed her left arm and pushed her against the door, yelling. He then punched her in the stomach. She told Jones to leave which he did and she then called her mother, who told her to call police.

She told police she wanted to file battery charges.

Jones told police he asked the female about $20 he had loaned her and said he needed it back because he needed to put gas in his vehicle and put new brakes on it. He told police the woman got mad and said she was tired of paying for everything and he told her he was using his paycheck to pay for their motel room at the motel. The couple have been staying there for the past two months. At that point, Jones told police he had enough and said the two didn’t need to be together anymore. The woman then told Jones he would never see their child. Jones then decided to leave. The woman told him he wasn’t going anywhere until all of her property was out of his Jeep. Jones said he went to the vehicle and gathered her belongings and took them into the motel room. He then drove straight to his mother’s house and says at no time did he touch the woman.

The information was turned over to the Lawrence County Prosecutor’s Office and a warrant was issued for Jones’ arrest.

Jones was arrested at 11:05 p.m. on a warrant charging him with battery with bodily injury to a pregnant woman.