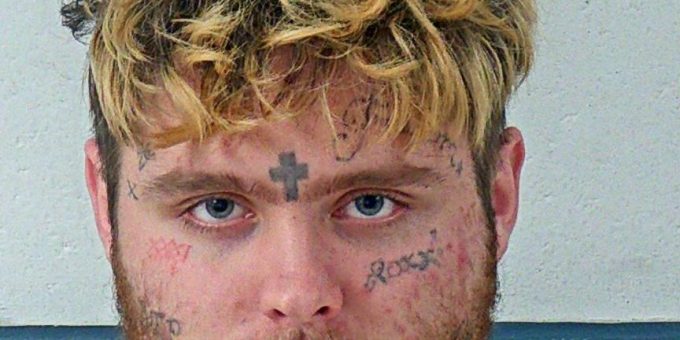 According to a probable cause affidavit, on that day a Bedford Police officer was on patrol in the area of 16th and M streets when he noticed a white Jeep Patriot turn west on 16th Street.

The driver had not turned on the headlights of the vehicle.

The officer stopped the vehicle at 16th and N streets.

The driver was 20-year-old Toby Garrison. He told police he knew he forgot to turn the headlights on.

While speaking to Garrison, the officer could smell the odor of alcohol.

Garrison was then asked to exit the vehicle.

Officers then asked the other occupants of the vehicle if they had been drinking. They all said they had not; however, the officer noticed empty alcoholic beverage containers on the floorboard.

A backseat occupant then showed the officer a half empty bottle of alcohol.

Officers then asked the passengers Dezmond Ottinger, Kayla Young, and Monica Parker to exit the vehicle.

All of the subjects were given a portable breath test. It showed Young and Parker had not been drinking.

The vehicle was then impounded. During an inventory of the vehicle, police found a revolver in the center console. Officers then detained Garrison, who began to resist arrest.

He then refused to get into the backseat of the patrol car and had to be forced into the police vehicle.

Garrison then spit in the face of one of the officers.

While officers were speaking to the other occupants of the vehicle, Garrison began kicking the window of the patrol car and yelling.

Officers then found a camouflage Mossberg 12-gauge shotgun near the spare tire. The barrel had been sawed off. Officers also found ammunition for the shotgun under the passenger seat. Police say both the handgun and shotgun were loaded.

Dezmond told police someone had given him and Garrison the weapons and they were just going to get rid of them. Dezmond would tell police who gave them the weapons.

Garrison told police the weapons belonged to him and didn’t want Dezmond to be charged.

Dezmond then told police that was not true and both weapons were given to both of them.

The two girls were released to their parents and the vehicle was towed.

Both Dezmond and Garrison were arrested. Garrison is facing charges of possession of a handgun without a license with a prior conviction, battery by bodily waste, resisting arrest, illegal consumption of alcohol, intimidation, and he was wanted on a warrant for failure to appear.