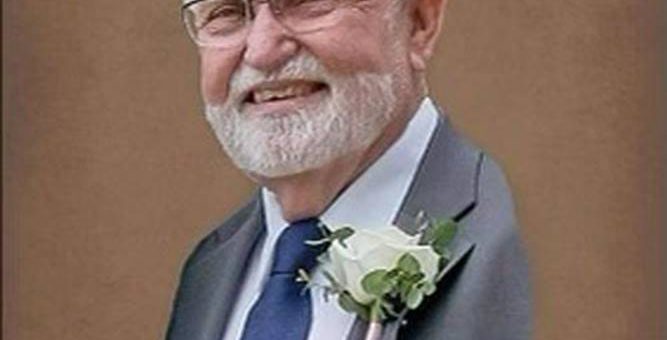 Everett was a beloved member of the Mitchell community serving four years as a Mitchell City councilman.

“He was the one who got me to run as a city council member. When I started on the council he provided a lot of guidance and I appreciate the time he gave to me during the time on the Mitchell City Council,” said Larry Caudell, Mitchell City Council Member. “Everett volunteered with many groups throughout our community; he will be greatly missed.”

For the last 14 years, Everett and his wife Christina have served a free Thanksgiving dinner at Mitchell Wesleyan Church. Christina and other volunteers did the cooking and he did everything else.

The couple has also owned Furniture World in Mitchell for the last 40 years.

“It was a pleasure working with him over twelve years, he had a knowledge of issues affecting both businesses and residents of Mitchell, ” Joey Slone former Mitchell City Council member.

Everett has three daughters: Tonja Shipman of Bedford, Bridget Barberich of Cocoa, Florida, and Michelle Asbury of Mitchell. They say he was a supportive and protective father and made sure to text them every single morning, wishing them each a great day and providing a Bible verse. He was the kind of father who was always there for them whenever they needed him. He never missed the opportunity to tell them he loved them.

Everett’s pride and joy came in the form of his grandchildren – Alex Shipman, Ryan Barberich, Justin Barberich, Joey Barberich, Juan Asbury, and Angeleigh Asbury. He rarely missed a race, sporting event, dance competition, or any other special event his grandchildren were involved in. He also became a great-grandfather when Bex Shipman was born two years ago. He was preceded in death by a special grandson, Jacob Barberich.

A private funeral will be Thursday, December 10th. Burial will be in Mitchell Cemetery. A Celebration of Life will be at the Mitchell Wesleyan Church at a later date. Memorial Gifts can be made in Everett’s memory to  Bertha’s Mission.