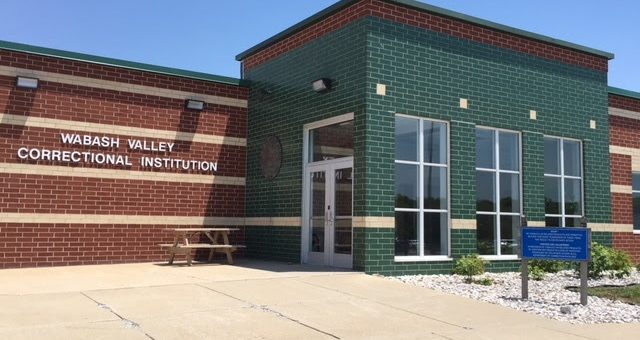 Deputy Warden Frank Littlejohn said, “It’s rewarding to see staff members who want to advance their careers and take on more responsibilities. I am confident they will share their experiences and help other correctional officers grow in their careers.”

Sergeant Adams began his career with the Indiana Department of Correction (IDOC) as a Correctional Officer at WVCF in September 2012. Since that time, he has worked in K Housing Unit (KHU), North Yard and South Yard. Sergeant Adams has received training as a Quick Response Team (QRT) member, Transportation Officer, Certified Treatment Specialist (CTS) and a Field Training Officer. He has also successfully completed the Canadian Academy of Practical Shooting (CAPS). As if all that were not enough, he has also served in the Indiana Army National Guard for 12 years, five of those as a non-commissioned officer.

Sergeant Keyes began his career with the Indiana Department of Correction (IDOC) as a Correctional Officer at Putnamville Correctional Facility in 2015. He later transferred to WVCF where he has worked with a variety of staff and offenders in G Housing Unit (GHU), F Housing Unit (FHU), K Housing Unit (KHU), D Housing Unit (DHU) and the Secured Confinement Unit (SCU). Sergeant Keyes is certified as a Quick Response Team (QRT) member and a Field Training Officer. He is also an instructor for Security Skills, Personal Protection, Suicide Intervention & Prevention and CPR / First Aid.

Sergeant Greene began his career with the Indiana Department of Correction (IDOC) as a Correctional Officer at WVCF in October 2017. Until August 2018 he worked primarily in P Housing Unit (PHU). He then transferred to the South Yard and remained there for a year before transferring to the Custody Control Unit (CCU). Sergeant Greene is certified as a Quick Response Team (QRT) member, a Certified Treatment Specialist (CTS), and a Transportation Officer. In addition, he is a member of WVCF’s Fire Department.