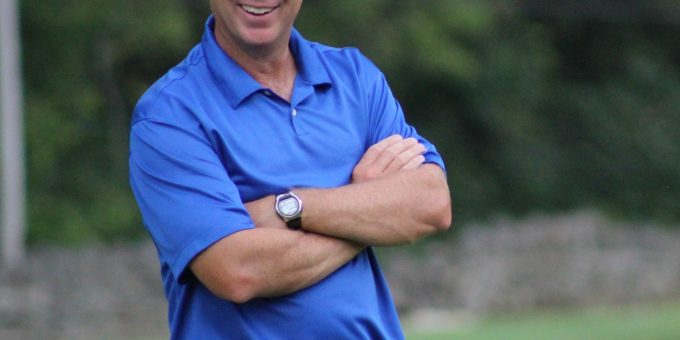 BEDFORD – Aaron Sanders, who guided Bedford North Lawrence through its return to high-level success during his 12 seasons, has stepped down as the girls golf coach.

Sanders took over the program in 2009 and helped the Stars win 9 sectional championships (including the last eight straight), four consecutive Hoosier Hills Conference titles (2016-19) and took BNL to back-to-back state finals appearance in 2017-18.

“I felt like we accomplished quite a bit,” Sanders said. “We took care of business. I was really fortunate to be surrounded with good people – good players, good parents and people helping our program. That’s what it takes.”

During his tenure, BNL sent seven players to the college level, including his daughter Olivia. She recently signed with IU East, and that made the timing to resign perfect to follow her career.

“I get spread pretty thin during the golf season,” Sanders said. “If I’m not going to be 100 percent, I don’t want to do it. It takes a lot of energy, and it’s a year-round thing. It’s time for me to give it a break and let someone else get in there to have at it.

“We’ve turned out some really good individuals, young ladies who have gone on to do some good things in college, in their communities, some well-rounded people. I will miss just being around so many good people. Otis Park has been a great golf community for juniors. I will miss seeing the girls grow.”

BNL won the sectional in 2020 and finished fifth in the regional. The Stars will lose four seniors from the top five in the lineup.