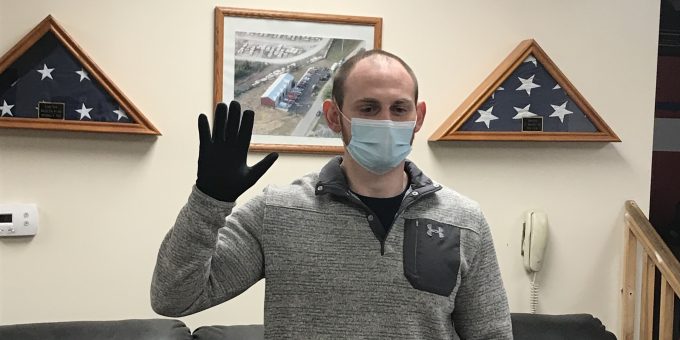 Between the two they have more than 14 years law enforcement experience.

“I have worked for the Lawrence County Sheriff’s Department for about five years, serving on the SWAT team, K-9 officer; I had the option as a drug detective and decided on being a K-9 officer,” said Tillett.

“I lived here and love this place and love Jon Jefferies. He is a great guy to work with. When I worked for the sheriff’s department I knew he had my back,” Tillett added.

“I knew they needed help and love this town, and so I agreed to help,” said John Potter.

Both officers were sworn in following the meeting Monday night at the Oolitic Fire Station. This will bring Oolitic’s police force up to full strength.