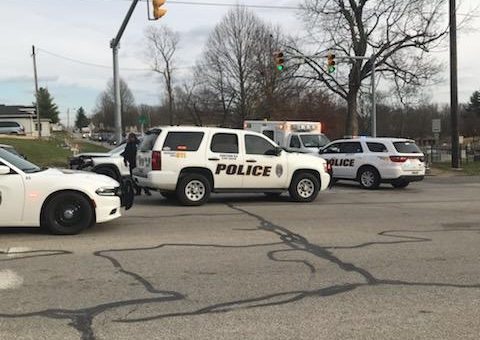 (BEDFORD) – Bedford Police officers were called to a two-vehicle accident with possible injuries at 3:14 p.m. at M and 18th streets.

According to police, when officers arrived they found two vehicle’s in the northbound lane of M Street. A silver 2020 General Motors Terrain, driven by 66-year-old Edward Gates, had major damage. The other vehicle, a 2018 Kia Rio, driven by 58-year-old Dianne Callaway, of Seymour, had heavy damage to the passenger side.

Gates told police he was traveling west on 18th Street through the intersection and had the green light and was struck by Callaway’s car.

Callaway told police she was unsure what happened, but said she was traveling north on M Street and thought she had the green light.

He said the driver of the Kia Rio ran the red light.

A Seals ambulance crew treated both Gates and Callaway, but both refused to be transported to the hospital.