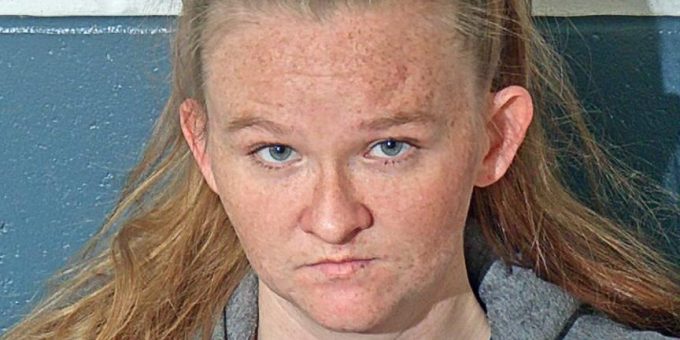 (OOLITIC) – An Oolitic woman was arrested on Monday on a warrant charging her with burglary, residential entry, and theft.

According to a probable cause affidavit, Deel is accused along with 28-year-old Justin Lacey of breaking into a home and stealing items.

Lawrence County Sheriff’s Department detectives began their investigation on August 18th after a man called to report he discovered his home had been broken into.

The homeowner reported numerous items had been stolen from the home including a gun safe containing both long and hand guns, a Hobart flux core welder, and the titles to his 1996 Dodge Ram pickup and his silver 2001 Chevrolet Tracker.

The homeowner also said all the kitchen drawers had been rummaged through.

The homeowner said he didn’t believe it was a stranger who did it because his large dog who is kept in the home would have bitten someone it didn’t know. He believed Deel, a longtime friend, and her boyfriend Lacey committed the crime.

After police completed their investigation, they requested warrants for Deel and Lacey.