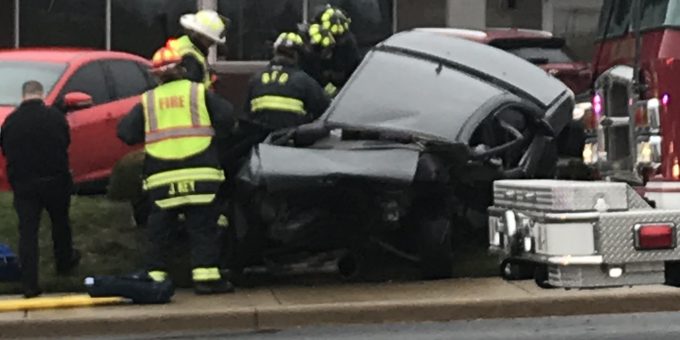 The driver, who was also injured, was detained not far from the scene.

Bedford Police officers responded to the accident scene at 11:56 a.m.

When police arrived they learned the driver, 20-year-old Michael Roach, of Mitchell, fled the scene on foot and was headed toward Beech Street.

Roach was found not far from the accident scene and detained.

Police say Roach was intoxicated. He was taken to a local hospital for a blood-draw and medical treatment for his head injury.

Both Jones and Roach were then flown to other hospitals for treatment of their injuries.

According to the report, the accident occurred in the westbound lane of John Williams Boulevard, west of Beech Street.

Debris from the crash was spread over a large area of John Williams Boulevard.