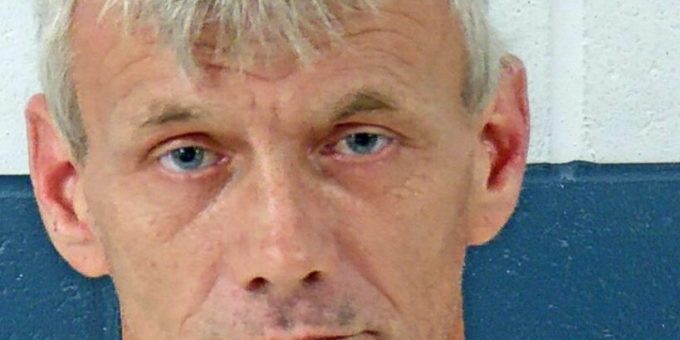 (BEDFORD) – A Bedford man was sentenced to six years in prison this morning in Lawrence County Superior Court after he pleaded guilty to possession of meth a Level 4 felony, in a negotiated plea deal.

Judge John Plummer sentenced Paul Diehl to six years in prison. He will serve 5 years and 276 days and was given credit for 222 days for time served.

ISP obtained information that Diehl was dealing large quantities of meth. Troopers also discovered Diehl was wanted on two warrants; one in Henry County for contempt of court and a warrant on a probation violation in Hamilton County.

ISP Troopers found Diehl sitting in the passenger seat of a 2018 Kia Sorento in the Hardee’s parking lot in Bedford.

A semi-automatic AR-style .22 rifle and a 12 gauge shotgun could be seen by officers in plain view.

Diehl exited the Kia and was placed into custody.

The male sitting in the driver’s seat was also asked to exit the vehicle.

As he did so, officers saw a loaded .9mm handgun in his waistband. The driver was identified as 30-year-old Chadwick D. Hayes, of Salem.

Hayes did not have a handgun carry permit and was placed under arrest.

In Hayes’ pockets, troopers found drug paraphernalia and a baggie of methamphetamine. During a search of Diehl, troopers located paraphernalia, marijuana, and more than 10 grams of meth.

Officer Cabral deployed his canine partner, Jack, who gave a positive alert on the Kia. Officers searched the vehicle and located approximately 3 more grams of meth and digital scales.

Both Diehl and Hayes were arrested and transported to the Lawrence County Jail.

On February 2, 2020 Hayes pleaded guilty to a Level 6 felony of possession of meth.

Hayes was sentenced on February 4, 2020 to 1 years and 182 days in prison. He was given credit for 50 days served. Judge Plummer then suspended 365 days to supervised probation.