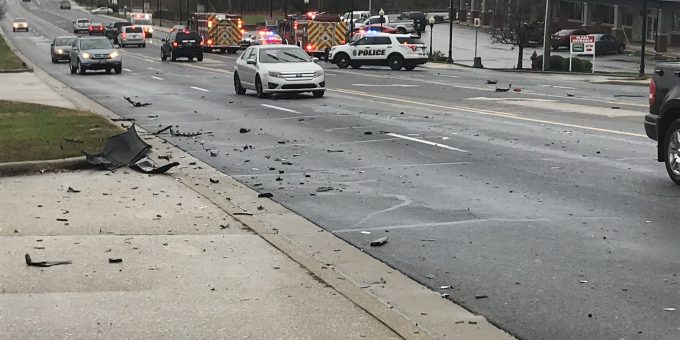 The accident report came in around noon Saturday, with one of the drivers of the vehicles fleeing the scene on foot. They were later located by Bedford Police Department officers some nearby woods.

The man’s vehicle was located in a parking lot across the street from where he collided with another vehicle on John Williams Blvd. near the Bedford Federal Savings Bank location.

The man was escorted by a police officer to a waiting Seals Ambulance and was eventually transported to a local hospital.

The driver of the other vehicle had to be extricated by the Bedford Fire Department firefighters before being transported to the hospital by an IU Health Ambulance.

At this time there is no report on the injuries of either accident victims.

Debris from the accident was widespread on both sides of John Williams Blvd. An accident report from Bedford Police Department has not yet been completed.