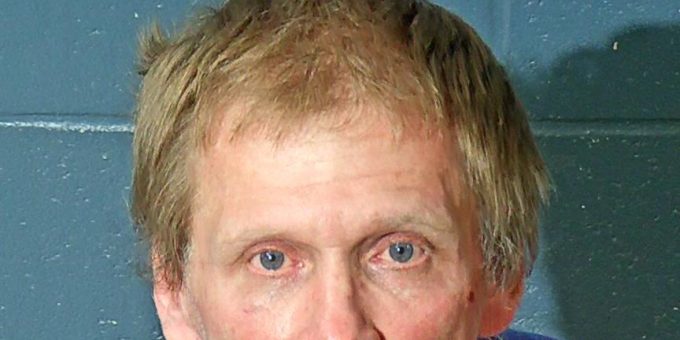 (MITCHELL) – A Seymour man was arrested early this morning after a Mitchell Police officer was called to the 820 block of West Brooke Street on a report of an unwanted male at at residence.

When police arrived at 1:18 a.m. they spoke to the caller who said Bundy was attempting to break in.

Officers reported that they had received a call on Bundy the night before about a suspicious male in the alley behind the laundry mat. Officers spoke to Bundy and told him to leave the area.

The caller told police Bundy was her father, but did not live in the home and did not want him there.

Officers then patted down Bundy for safety reasons. They found two syringes in his jacket pocket. They then placed Bundy in handcuffs

The officer then asked Bundy if he had anything else in his pockets and Bundy replied, “I don’t know but you can get it out”. Police found a small yellow container bearing the letters “DOPE” on it. Inside were two white pills and a white and blue paper that contained crystal meth.