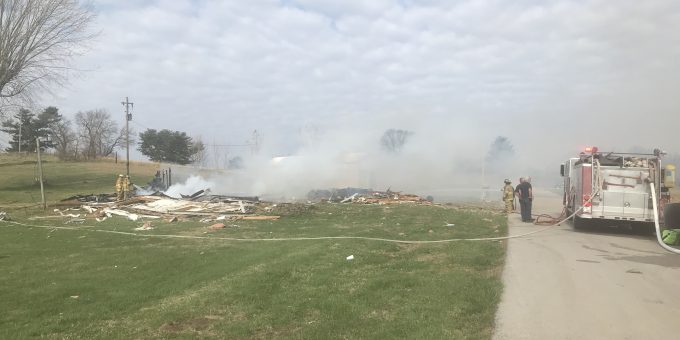 Firefighters were called to the scene at 11:23 a.m.

Kyle and Erica Pinnick gave the Indiana State Police EOD team permission to do training exercises on a home that they going to demolish to build a future home. The property is located in the 700 block of Dillman Road.

“Our EOD units were conducting exercises and we were using caution to prevent any fires. However, a small fire erupted and we could not get the fire out. The fire sparked a small fire in a field across the street therefore we called the fire department to extinguish the blaze,” said Matt Ames Public Information Officer Indiana State Police Putamville Post.

Indian Creek and Huron Volunteer Fire Departments responded and extinguished the blaze in the house and the small grass fire across the street.