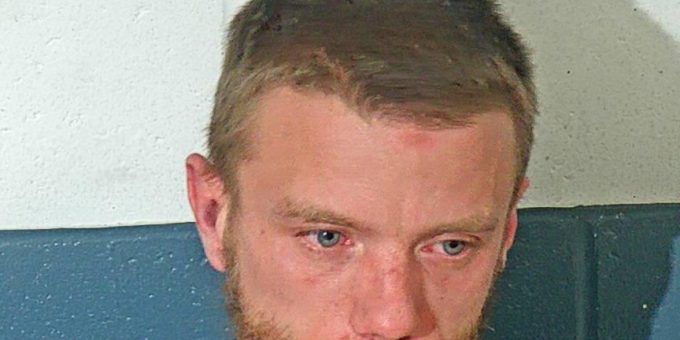 (BEDFORD) – A Bedford man was arrested early Sunday morning after Bedford Police officers were called to a home in the 1200 block of M Street after a report of a domestic fight.

The caller told police they had been arguing and Johnson got upset when she asked him to leave.

Johnson then went outside and started throwing bricks through the windows.

“An officer patrolling in the area located Johnson riding a bicycle and when he asked him to stop and talk he took off on his bicycle,” said Chief Terry Moore. “Officers located Johnson hiding in the shrubs. He refused to cooperate with officers while he was taken into custody.”

Johnson is facing charges of public intoxication and resisting arrest.