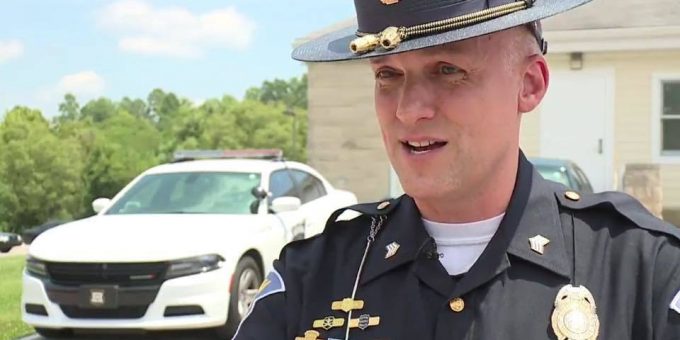 Durnil graduated from the 51st ISP Recruit School on December 4, 1994.

A native of Monroe County, Durnil grew up in Ellettsville and is a 1989 graduate of Edgewood High School. Durnil attended Bethel University in McKenzie, TN from 1989-1991 and then graduated in 1993 from Indiana University Bloomington with a Bachelor of Science Degree in Education.

Durnil also served at the Monroe County Prosecutor’s Office from 1991-1994 in various positions including Director of the Check Deception Division.

Upon his graduation from the ISP Academy, Durnil was assigned to the Connersville Post where he served as a road trooper until ultimately transferring to the Bloomington Post in 1997. Sgt. Durnil was then promoted to Public Information Officer in 2007 where he was primarily responsible for coordinating and facilitating department public education and information programs.

Durnil will still be heard mornings and afternoons on local Bloomington radio stations with updates on area traffic and construction. He will also continue to co-host the award-winning call-in radio show “CopTalk” on Friday’s at 1 p.m. on WHCC 105.1 FM.

Durnil has accepted a public relations position with Hoosier Energy in Bloomington and will now serve them as Communications Coordinator, Public & Media Relations.

Durnil is the son of (Ret) ISP Captain Jimmie and Doretta Durnil and the brother of Master Trooper Todd Durnil, who currently serves the Bloomington District. Durnil, his wife Lori and their seven children reside in rural Monroe County.