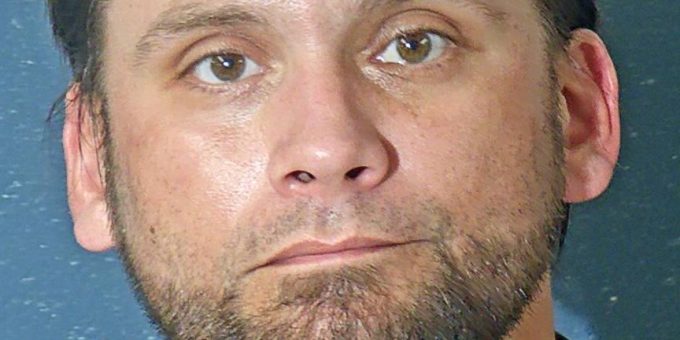 According to a probable cause affidavit, on Tuesday at 10:01 a.m. a Bedford Police officer was patrolling in the area of 17th and K streets when he noticed a gray Toyota Corolla make a left turn onto K Street without signaling.

The officer stopped the vehicle near the intersection of 18th and J streets.

The officer approached the vehicle and identified the driver as Matthew Bruce. The registration was a rental agreement that expired on October 27th.

When the officer questioned him about expired rental agreement, Bruce appeared to be nervous and was sweating profusely and breathing quick shallow breaths.

Because Bruce was acting nervous, the officer asked if he could search the vehicle, but he declined consent. At that time another officer approached and confirmed Bruce was wanted on a warrant out of Marion County.

Officers then inventoried the vehicle to have it towed. During that inventory police found cloth case with a glass smoking device in the center console that tested positive for meth. They also found another cloth case with three small plastic baggies that all tested positive of meth. In a gray backpack in the back seat police found a black cloth holster concealing a Hi-Point 9 mm C9 handgun with a magazine housing 7 rounds.

Bruce told police the meth was his, but the handgun belonged to his wife.

Weavers Wrecker Service to their facility with no holds.