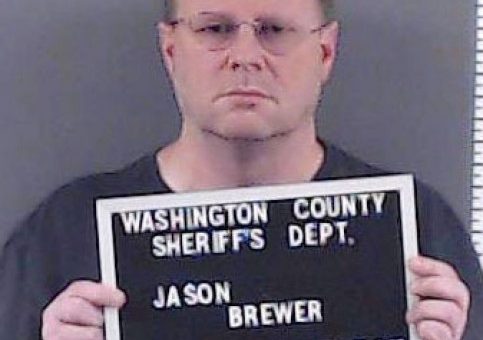 According to court documents, 46-year-old Jason Brewer will be sentenced by Judge Larry Medlock in Washington County Circuit on Nov. 30th at 4 p.m.

Brewer’s jury trial started on Wednesday, Nov. 4th, but before testimony could begin, Brewer pleaded guilty to a charge of child solicitation in a negotiated plea deal.

Brewer was arrested on January 4, 2019, after a girl reported to a Corydon Police Department School Resource Officer that she witnessed Brewer watching pornography while at his home on North High Street in Salem.

In another incident the girl told Indiana State Police investigators that Brewer had exposed himself to her and asked if she wanted to touch him.

Brewer denied all the allegations. But he did admit to investigators that he struggles with being attracted to young children. Brewer told investigators he had been arrested before for exposing himself and had been kicked out of the Navy because of it.