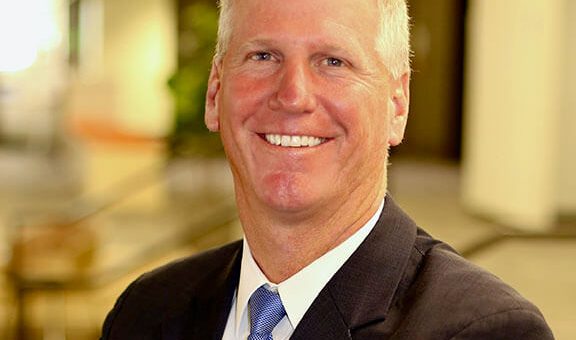 Current CEO Joe Martin will retire at the end of the year after 40 years of service with the company.

“The board of directors and I are pleased and proud that Kevin will lead the company.” said Randy Kron, president, Indiana Farm Bureau and Indiana Farm Bureau Insurance. “With 30 years of extensive experience in the insurance industry, he has distinguished himself as a proven leader, well-suited as our new CEO.”

Murphy has been a key member of the company’s leadership team since 2000, when he began as director and chief actuary of product management solutions. In 2008, he was promoted to his current position, senior vice president of property and casualty. In this role, he is responsible for the operational areas of the property and casualty companies, including claims, underwriting, actuarial and product management solutions. He is a fellow of the Casualty Actuarial Society and member of the American Academy of Actuaries. In December, he begins his appointment as chair of the board of directors for the Insurance Institute of Indiana. Prior to joining Indiana Farm Bureau Insurance, Murphy spent 10 years in various actuarial roles with American States Insurance and Safeco Insurance.

Murphy graduated from Franklin College with a bachelor’s degree and earned a master’s degree in mathematics from Miami University. He and his wife Kathy live in Indianapolis and have four children.

“I am honored and excited to continue the growth and success of our companies,” stated Murphy. “Joe leaves an impressive legacy, and I am humbled to fill the shoes of my mentor and friend.”

Martin began his career with Indiana Farm Bureau Insurance in 1980 as an analyst in the investment department and held several key positions during his career, including leading the company as CEO for the last six years. He is a graduate of Eastern Illinois University with a degree in business and of Duke University with an MBA. Martin is married to Kimberly, has two grown children and four granddaughters. He is looking forward to spending more time with his family, golfing, fishing and traveling during retirement.

Indiana Farm Bureau Insurance has served Hoosiers for 86 years. Organized in 1934 by Indiana Farm Bureau, Inc., the company has grown to include insurance products for auto, life, home, business and farm. Health plan benefits, banking and other financial services and products are also available through its local offices and online at www.infarmbureau.com.

With a home office in downtown Indianapolis and local offices in all 92 counties, Indiana Farm Bureau Insurance serves Hoosiers with more than 400 agents and approximately 1,200 employees living and working throughout the state. The company is a leader in auto and homeowners insurance and the largest writer of farm insurance in the state.