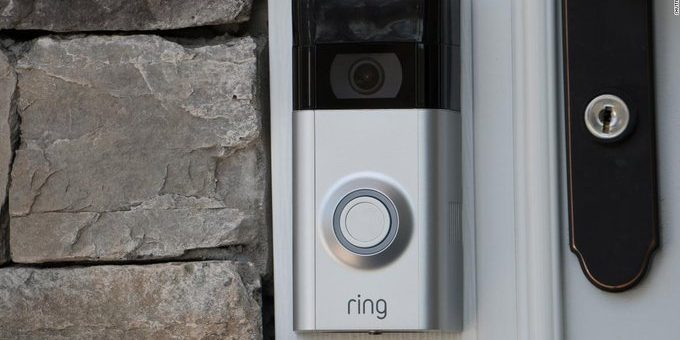 (UNDATED) – Amazon-subsidiary Ring is recalling 350,000 video doorbells sold in the US and roughly 8,700 sold in Canada.

The recall was issued after receiving reports of them catching fire.

“The video doorbell’s battery can overheat when the incorrect screws are used for installation, posing fire and burn hazards,” the notice said.

The $100 doorbells were sold on Ring’s website and on Amazon between June 2020 and October 2020, according to the CPSC.

The video doorbells have a blue ring at the front and come in two colors: “satin nickel” (black and silver) and “venetian bronze” (black and bronze).  They were sold with a mounting bracket and a USB charging cable.  The two-way audio doorbell can be hardwired or battery-powered and supports night vision.  The Ring logo is printed on the bottom front of the doorbell and the model and S/N are on a label on the back of the doorbell and the outer packaging.

Consumers can determine if their doorbell is included in this recall by entering the doorbell’s serial number at http://support.ring.com/ring-2nd-gen-recall. Only Ring Video Doorbell (2nd Generation) models with certain serial numbers are included.

According to the notice, Ring has thus far received 23 reports of doorbells catching fire and causing property damage, as well as eight reports of minor burns.