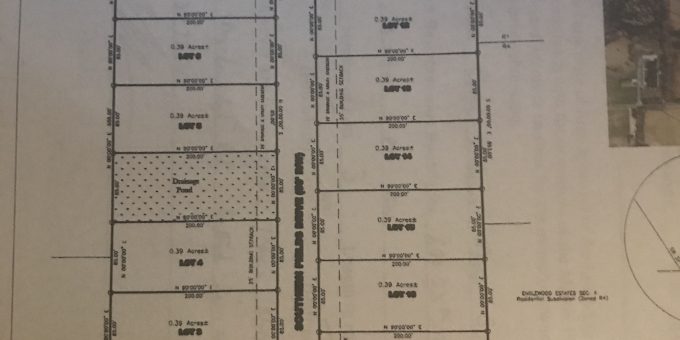 (BEDFORD) – Two proposed sub-divisions, one a major subdivision and the other a minor subdivision, have been moved on to a public hearing.

A request for a major subdivision from Travis Norman and Adam Chastain to take an existing lot located on 35th Street in the Dixie Highway Addition was approved. Ten acres will be named Southern Fields and will be subdivided into 19 parcels all of which will be zoned R-1 Single Family Residential. This proposal will now move on to a public hearing.

In the vote for this major subdivision, Angel Hawkins abstained because she represents the buyer and seller in the transaction. Larry Kimbley had to also abstain from the vote because his property adjoins the proposed subdivision. Commission member Noah Browning advised the members that he has previously worked with both Travis and Chastain on other projects and asked whether he could vote on the proposal. Browning was allowed to vote and it was noted that if Browning did not vote on this proposal the Plan Commission could not act on it because of the lack of quorum because Plan Commission Member David Jacobs was not in attendance of the preliminary hearing.

The request for a minor subdivision at 600 25th Street goes on to a public hearing. Mason Brasher and Carol Anderson say the property will be split into three parcels. One parcel is 8.65 acres, the second is 15.34 acres, and third is 16.02 acres and will be named Carol Anderson Minor Subdivision.