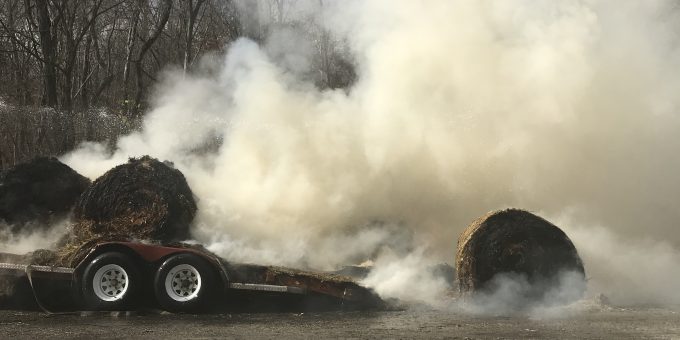 (FAYETTEVEILLE) – A trailer with seven round bales of hay caught fire on Old Farm Road at the Maul Ridge Road intersection Tuesday morning.

At 11:36 a.m. the Indian Creek Township Volunteer Fire Department responded to the scene and found a trailer loaded with round hay bales on fire. Firefighters responded with a brush rig and two tankers.

The truck pulling the trailer was disconnected and a couple tractors with bale removers came to help unload the hay bales off the trailer so firefighters could put out the fire.

The intersection of Old Farm Road and Maul Ridge was closed for several minutes while firefighters worked to put out the fire and clean-up the scene. The trailer also had minor damage.