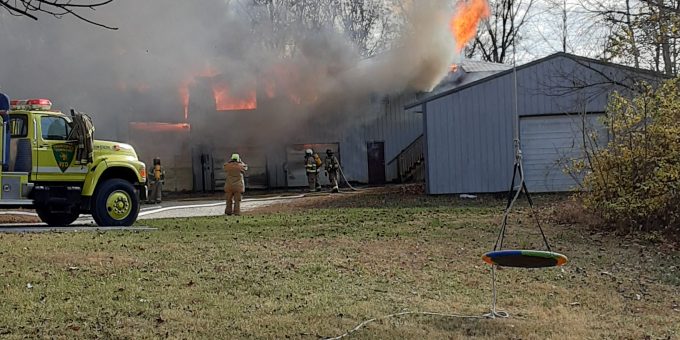 (BEDFORD) – Numerous firefighters are battling a house fire in the 800 block of Old US 50 East.

Firefighters were alerted to the blaze just after 2 p.m.

The home is owned by Richard and Rachael Johnson. No one was home when the fire started.

Racheal and the couple’s 3-year-old daughter Ilana were at Shawswick Elementary picking up the couple’s other three children: 9-year-old Maya, 7-year-old Luke and 5-year-old Eli.

No injuries are reported at this time.

A Seals ambulance crew and Lawrence County Sheriff’s Department deputies are also assisting at the scene.

1340 AM WBIW was on the scene and this story will be updated when more information becomes available.