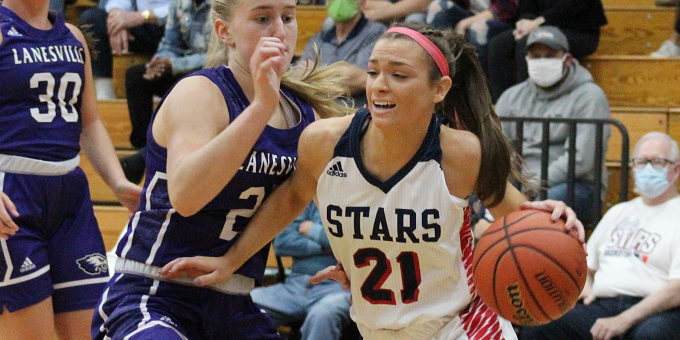 ’The Stars vaulted to No.4 in the rankings following their 63-38 victory over Lanesville in the season opener on Saturday.

BNL also surged to No.5 in the Indiana Basketball Coaches Association poll (which does not divide by class). Penn sits atop those ratings, following by Carmel, North Central, Crown Point, BNL, Hamilton Southeastern, Fishers, Lawrence North, Brownsburg and Homestead.

The Stars, with the cancellation of the Mitchell game, will be idle this week and will return to action at Bloomington South on Nov. 17.