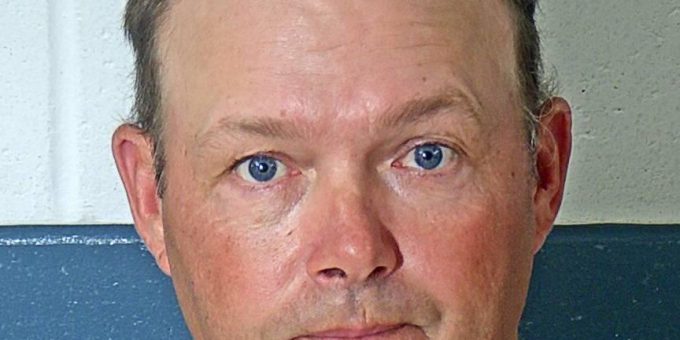 (BEDFORD) – A Bedford man was arrested after a traffic stop on a warrant charging him with theft, home improvement fraud and being a habitual traffic offender.

According to a probable cause affidavit, on July 17, 2019, a woman reported home improvement fraud.

The woman stated she contacted Affordable Kitchens 2 U at 2832 Washington Avenue about doing some work on her bathroom and kitchen.

The woman told police she spoke to the owner Lucille Birch about completing some work in her bathroom which included removing and replacing a vanity, bathtub, and toilet. She also wanted the cabinets, countertop, and sink removed and replaced in her kitchen.

Birch told the woman it might take up to five weeks before they could get started on the work.

A week later, Sims, who is Birch’s fiance, went to the woman’s home and took some measurements.

The owner of the home did not hear from either Birch or Sims for a couple of weeks. On October 18, 2019 she went to their office to see what was taking so long.

The homeowner spoke with Birch and was given an invoice for the work to be done.

The homeowner paid Birch $7,200 as a down payment per Birch’s request to get the work started.

Sims finally arrived with an assistant to work at the homeowner’s house in February 2020. The homeowner stated that they tore out the existing bathtub and vanity and replaced only the bathtub.

The homeowner told police Sims did the plumbing incorrectly and it leaked.

Since that day no one has been back to the home or returned the homeowner’s money.

The homeowner contacted Birch numerous times and they will not return her calls.

Birch asked why the homeowner didn’t want the job completed. Birch told the woman she planned on finishing the work and had purchased the cabinets and they would arrive by the middle of June or possibly sooner.

On July 31, 2020, police attempted to contact Birch, but there was no one in the office and a sign on the door said no one will be working at the business for a while.

On August 19, 2020, police contacted the homeowner and she had not heard or received a refund from Sims or Birch.

The detective told Birch he had been in the homeowner’s house and $5,000 worth of work had not been completed and what work was done was not done correctly.

After speaking with the detective, Birch told police she would contact the homeowner and she would be willing to work out something regarding refunds and repayments.

After a few days had passed, the detective called the homeowner who said she has had no contact with Birch or Sims.

The information was forward to the Prosecutor’s Officer requesting arrest warrants on both Sims and Birch.