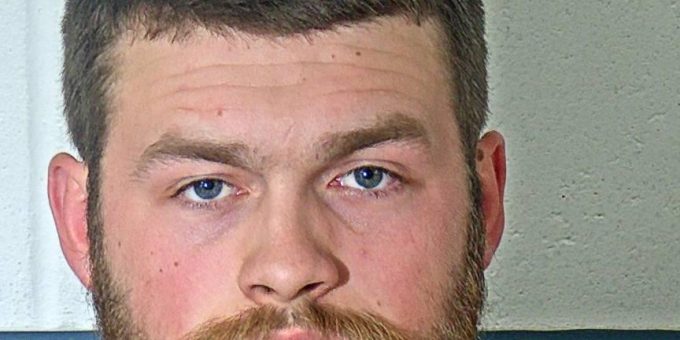 (BEDFORD) – A Bedford man was arrested after Bedford Police officers were called to a domestic battery in the 900 block of I Street Sunday.

When officers arrived they spoke to a female victim that told police the fight started as a verbal argument and then turned physical.

“The victim stated that she was pushed to the floor and grabbed around the neck by 22-year-old Dakota Earl with both of his hands,” said Assistant Chief Joe DeWees. “This was reported to have occurred in the presence of a minor child.”

Officers reported the female had redness on her neck.

Officers spoke with Earl and he denied hurting the woman.

Earl was arrested on charges of domestic battery in the presence of a child under the age of 16, strangulation.