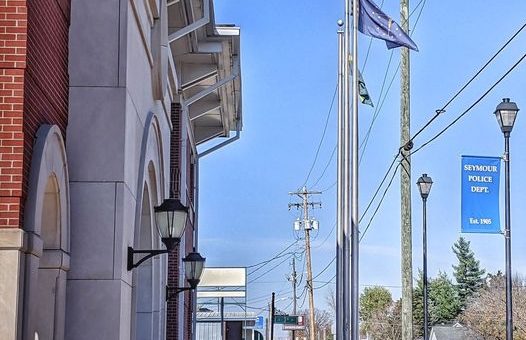 (SEYMOUR) – On Wednesday Seymour Police Department investigated a burglary of a garage in the 300 block of S. Carter Street in Seymour.

During the investigation, evidence was collected and processed by investigators. At the time an undetermined number of tools and automotive parts were taken from this location.

On Thursday, the Seymour Police Department was called back to the location as the owners of the property told officers they had recovered video evidence that showed a vehicle leaving the area of the garage.

Investigators with the police department also responded to the scene and collected additional evidence. While at the scene, investigators and patrol officers spoke with the victims and learned that there were electrical tools, hand tools, vehicle parts, and a large number of copper fittings missing from the garage.

Suspects were then developed, which led patrol officers and investigators to the 800 block of W. Laurel St. in Seymour.

Investigators also located an additional 14 items at a residence in the 700 block of S. Walnut St. in Seymour. The value of the items taken and recovered is over $3,000.

Investigators located and interviewed 40-year-old Ricky Joe Stewart, of W. Laurel St., and 29-year-old Kelly Jacob Shelton, of S. Walnut St. Both Stewart and Shelton admitted to committing the burglary and taking items from the location on S. Carter St.

Both Stewart and Shelton were arrested for burglary, a level 5 felony, and theft, a level 6 felony. The incident is still under investigation.