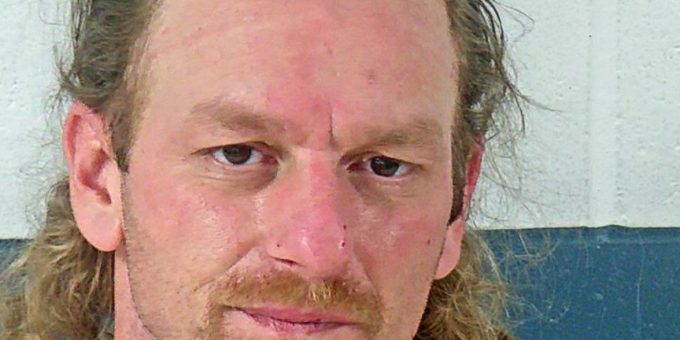 (MITCHELL) – A Mitchell man was arrested Thursday after Mitchell Police officers spotted him in a vehicle at the Shell station.

Police arrested 42-year-old Trent Grissom, of 5301 US 50 West, on charges of being a habitual traffic offender, possession of meth, unlawful possession of a syringe, and possession of drug paraphernalia.

According to a probable cause affidavit, on Thursday at 6:55 p.m. a Mitchell Police officer saw a blue Chevrolet Monte Carlo parked at the Shell gas station with a male occupant in the driver seat.

Officers learned earlier Grissom was driving the vehicle and was wanted on an active felony warrant.

Officers stopped and talked to Grissom. Officer McCameron and his K-9 partner Rex did a free air sniff of the vehicle. Rex alerted officer to possible drugs in the vehicle.