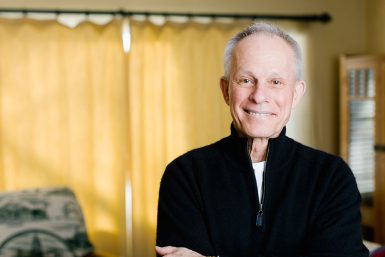 “It’s the job of a journalist to report on topics and issues well beyond the scope of one’s background, and I do give credit to former and current reporters to gain the understanding and knowledge, combined with empathy, of every topic which comes before them,” Arnolt said. “And though I think we, past and current reporters, have covered a sundry of topics and situations with excellence, the need for diversity in color and consciousness among the journalism profession has long been evident.”

Arnolt, who earned a Bachelor of Arts in journalism from IU Bloomington in 1967, spent the first five and a half years of his professional career as a reporter for The Elkhart (Indiana) Truth. He later transitioned to private business, becoming the co-founder of Graston Technique, a physical therapy method adopted by clinicians, outpatient clinics, university advanced degree teaching programs and more than 450 amateur and professional sports organizations across the U.S., Canada and Europe. Despite the career change, he maintained his passion for and belief in the responsibility of journalists to uphold the watchdog function of the news media. He remained in Indiana, now living in Indianapolis.