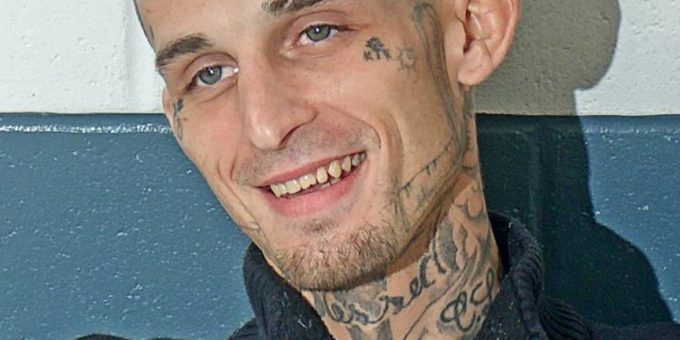 Officers discovered Garrison, of 107 Old Farm Rd., was wanted on a warrant for child neglect.

Lawrence County Sheriff’s Department detectives began their investigation after a child was taken to IU Health Hospital after suffering fractured ribs a broken leg and bruises and a swollen humerus bone.

According to a probable cause affidavit, on September 17, 22, and 23, Garrison was caring for a child unsupervised.

Police did not release the name or age of the child.

On those dates the child fell from a Pack N’ Play, off a couch, and then off a kitchen counter.

Garrison told police he was the sole person responsible for the care of the child at the time the injuries happened.

After police completed their investigation they submitted the information to the Lawrence County Prosecutor’s Office and a warrant was issued for Garrison’s arrest.

Garrison does have a prior conviction of reckless homicide in 2009 that involved the death of 7-month-old Jamison Essick. Jamison was Garrison’s then-girlfriend’s son.

According to an autopsy report, the baby died from multiple skull fractures from blunt force trauma.

Garrison pleaded guilty to a charge of reckless homicide in May 2010.