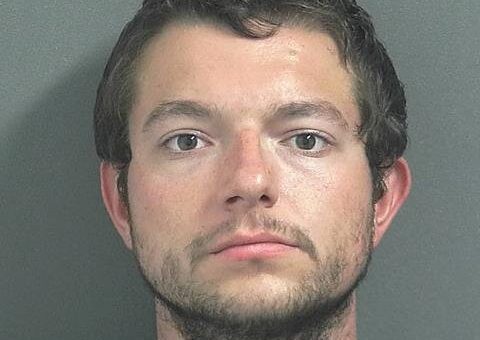 According to court documents, in mid-September, 26-year-old Jared Turner entered a negotiated plea agreement which was accepted by the court.

In the first case, Turner was facing an attempted murder and robbery charge in the shooting of then 24-year-old Todd Bennett Jr. Bennett was shot in the head on October 3, 2018 during a robbery.

In a negotiated plea deal, Turner pleaded guilty to aggravated battery, a Level 3 felony, and the other counts were dismissed.

He was sentenced to 13 years in the Indiana Department of Corrections. He was given credit for 749 days already served.

After Turner was arrested and incarcerated in the Greene County Jail, Turner was accused of trying to kill his cellmate Tyler Sperling after he attempted to break his neck. The incident was caught on surveillance camera video.

Sperling was injured and transported to a hospital but his neck was not broken.

In this case, Turner was sentenced to 11 years in the DOC.

In both cases, no time was suspended and Judge Dena Martin ordered the two sentences run consecutively.