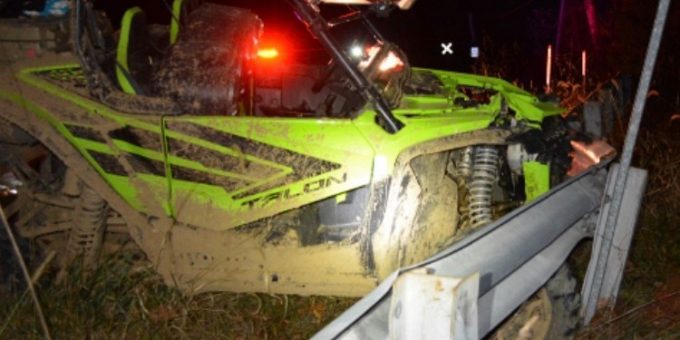 (WASHINGTON CO.) – On Saturday at approximately 7:30 p.m. deputies from the Washington County Sheriffs Department responded to a report of a off-road vehicle accident near the 5120 block of East Motsinger Road in Pekin.

The driver, 30-year-old Andrew Prousa, of Pekin, was traveling west on Mostsinger Road when he failed to maneuver through a sharp left hand curve. The vehicle traveled off the road and collided head-on into a guardrail.

Prousa was transported by air ambulance to the University of Louisville Hospital for treatment of his injuries.