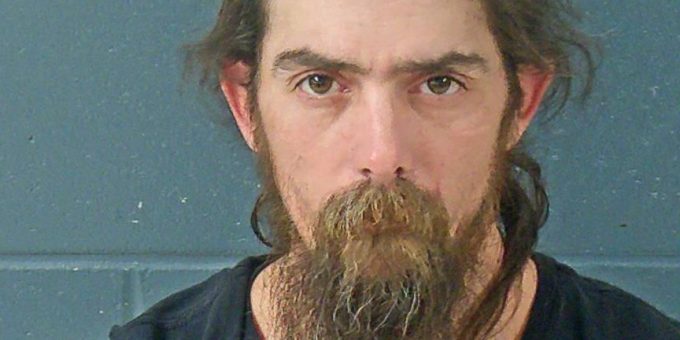 (BEDFORD) – A Mitchell man was arrested early Sunday morning after Bedford Police officers were called to the Mark III Motel on a noise complaint.

According to a probable cause affidavit, at 2:46 a.m. a Bedford Police Department dispatcher received a call reporting a noise complaint at the Mark III Motel in room 122.

When officers arrived they found a female outside of the room smoking a cigarette. The door of the room was open and Wright was sitting in the room.

The woman allowed officers to enter the room and speak with Wright.

While outside speaking to the woman, officers noticed her neck and chest were red.

The officers asked the woman what happened and she told them Wright had choked her.

She said the incident happened after the two got into a verbal dispute about the phone and Wright stealing her cigarettes.

The woman says Wright put his hands around her throat and choked her until she couldn’t breathe and lost consciousness. The woman then refused to say anything more or cooperate with officers saying she didn’t want Wright to go to jail. She then would not allow officers to photograph her injuries.

Officers spoke to Wright who said he was in a verbal argument with the woman over her calling his nieces and that they both had been drinking vodka and the woman had too much to drink. He denied choking the woman and said he didn’t know why her neck was red. Wright told officers he did not touch the woman. Wright said the woman had grabbed him by the hair so he pushed her away and that the woman had scratched his arms while he pushed her away. Officers saw the scratch marks on his arms. He was then asked if he got the marks while he was choking the woman and he again denied choking her.

Wright was transported to the Bedford Police Department and then the Lawrence County Jail.

Officers noted that while leaving the police department, Wright stated “I’ll show that b**** strangulation.”

The woman completed a Domestic Violence Lethality Screen and was advised to contact the crisis hotline. The woman again did not want Wright to go to jail and said all she wanted was for him to leave the motel.

An ambulance was called to the scene but the woman refused medical treatment.