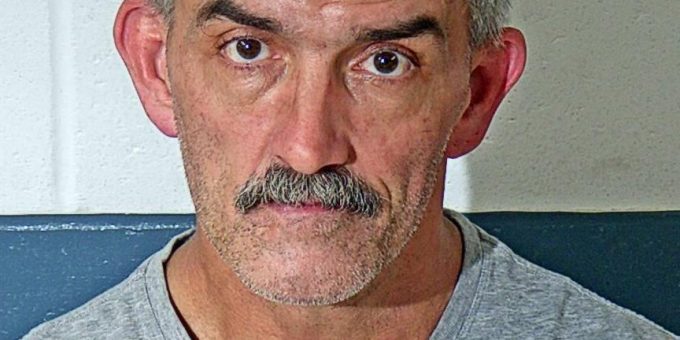 (MITCHELL) – A Mitchell man was arrested after Mitchell Police Department officers were called to a domestic disturbance.

On Saturday, at 12:46 a.m. officers were called to a home at 512 West Frank Street after a report of a physical domestic fight.

The juvenile caller told the dispatcher Nowark had hurt a female.

When police arrived the female came to the front door. She had swelling and redness to the right side of her face.

The officer asked where her husband was. The woman told officers he was upstairs in bed.

While standing at the bottom of the staircase, officers yelled for Nowark. He told police he was in the bedroom and would come down. Officers told Nowark to say there and they would come upstairs. They found Nowark in a bedroom lying in bed smoking a cigarette.

Officers asked Nowark what happened and he told police he had “no idea”.

Police asked Nowark to get out of the bed. Nowark told police he had been drinking prior to officers arriving at this home.

He then stated again he “had no idea why officers were there.”

Police say Nowark seemed slightly confused when asked simple questions and but showed no other signs he was intoxicated.

The woman told police she came home from her sister’s house when Nowark started a verbal argument stating “how was your boyfriends?”

Nowark was on the bed scratching off lottery tickets. He then threw those tickets on the floor and the woman bent down and picked them up off the floor.

When she did so Nowark used the heel of his foot and kicked her in the face. The woman fell to the floor and yelled for her daughter-in-law to call the police.

The woman then filed a domestic battery affidavit and Nowark was arrested.

Nowark was asked how the female got injured and he said “it had to be something with the pillows. You seen how many pillows covers there were.” The officer then asked Nowark that the pillows caused the redness to the woman’s face and Nowark answered “no” and looked down at his feet and refused to answer any more questions.

He was then transported to the Lawrence County Jail.