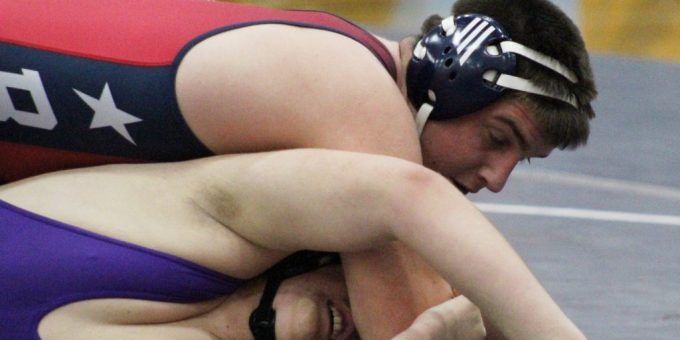 BEDFORD – Soft spots are hidden well on the chiseled form of competitive weightlifter Chris Branam – except for his heart. He’s got a sentimental weakness for the underdog, because he was one.

As a seventh-grade wrestler, he won two matches. Five years later, thanks to a tough coach who saw something inside worth digging for, Branam went 43-7 at Bloomington South and finished fourth in the IHSAA state finals.

That’s why he’s now the new head coach at Bedford North Lawrence. Branam sees a lot of himself in the program, worthy of excavation and extraction.

Branam welcomed 13 athletes to his first official day on Monday as the Stars started practice sessions for the 2020-21 campaign. His job is taking a program that has produced a few individual studs over the years and building a consistent winning tradition.

“I see so much potential at BNL to have a a strong wrestling team,” Branam said. “I was excited when the opportunity came. I was itching to get back in the wrestling room. This seems like a great place to do it. Bedford has enough talent.”

Branam won the sectional and regional as a 160-pound senior under legendary South coach Royce Deckard, who guided the Panthers for 14 seasons and was inducted into the IHSWCA Hall of Fame in 2004. Deckard preached discipline and determination. Branam, who later wrestled for Campbellsville University in Kentucky, is a disciple.

“We drilled hard, we learned the moves correctly, and he ran a tight ship,” Branam said. “I’m a big believer in getting strong and using conditioning to enhance wrestling skills. And we need to dream big. I was not born gifted but I wanted to be good. Royce didn’t settle for less. We’re bringing that kind of mindset into the room.”

Branam will have some veterans as the foundation for his first BNL team, James Covey went 32-5 and reached the semistate at 220 pounds last season, and Gunner Connaughton (19-8) was a regional qualifier at 198.

“In the time I’ve gotten to know Covey, he’s got his eyes on the state,” Branam said. “He‘s willing to do what it takes to get there. He’s going to be a leader. He’s a quiet leader, a soft-spoken kid whose actions speak loudly. I see a big competitive drive.

“Gunner is a strong kid, and he’s powerful. He has that competitiveness to him. He doesn’t want to get taken down. So there’s a lot to build on.”

BNL will also feature Reese Hamblen (145 a year ago), Conner Smith (160) and Byron Kyger (a former heavyweight who transformed his body with a remarkable 160-pound weight loss). Jaiden Tong, a transfer from Pendleton Heights, will add depth.

“You want some depth, guys who are pushing to get better,” Branam said. “I’m trying to learn as much about them as quickly as I can. Kids respond to different methods. And that’s where where the teacher side comes in, to figure out how I can best reach every kid and get them to reach their highest potential. That’s what it’s all about.”

The Stars will start the season with the Super Six Duals at BNL on Nov. 21.