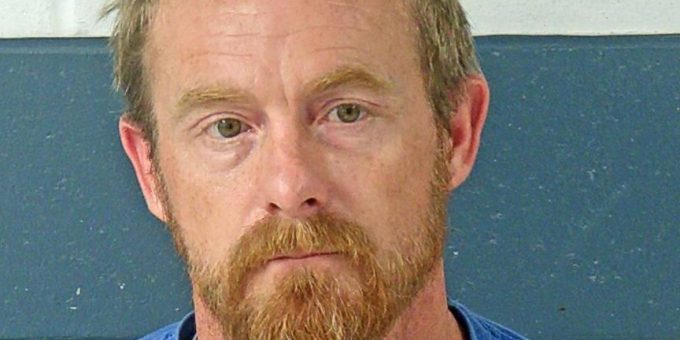 According to a probable cause affidavit, a Mitchell Police officer was traveling north on State Road 37 and was just south of Wesley Chapel Road when he noticed a green Mustang traveling southbound on State Road 37 exceeding the posted speed limit. The driver of the Mustang had passed several vehicles during that time. The officer clocked the vehicle traveling 76 miles per hour in a 60 mile per hour zone.

The officer then attempted to stop the vehicle but lost sight of the Mustang. At one point the officer reported he was traveling near 90 miles per hour.

The officer then radioed other Mitchell Police officers telling them he was attempting to catch the vehicle.

As the officer neared Rariden Hill Road he located the Mustang and saw it abruptly change lanes in front of a black pickup, cutting it off during the lane change.

The officer caught up to the Mustang and activated his emergency lights and siren. The driver then pulled over. As the officer approached the vehicle he noticed the driver reaching and looking between the seats.

As the officer approached the driver’s window, the driver appeared nervous and was trembling.

The officer then asked for the driver’s license and registration, but before grabbing those items the driver asked the officer if he remembered the driver. The officer did not. He said he had been a passenger in his girlfriend’s vehicle when the officer gave her a warning for her bad plates on her Honda Civic.

Hardy continued to avoid eye contact with the officer and was mumbling his responses..

The officer then requested Officer McCameron and his K-9 Rex to respond to the scene.

Rex alerted officer to possible drugs in the vehicle.

Officers found a meth pipe in Hardy’s pocket during a pat down. Hardy told police there was a handgun in a case on the back seat. Inside the case officers found a disassembled hand gun.

In the vehicle, an officer found a digital scale hidden underneath the plastic gear selector lever.

Hardy was arrested and transported to the Lawrence County Jail.