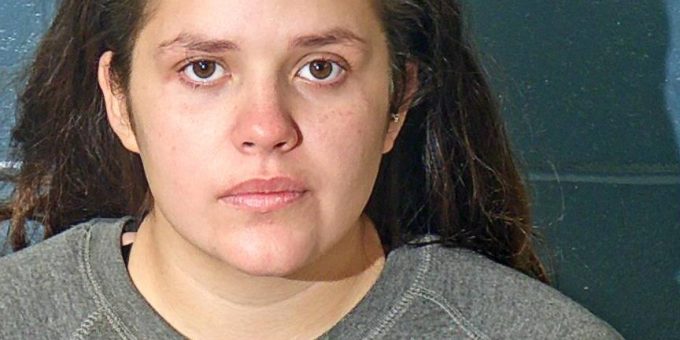 (BEDFORD) – A Bedford woman was arrested Wednesday afternoon on a warrant after an Indiana State Police investigation revealed she injured her child and did not immediately seek medical treatment for that injury.

Police arrested 22-year-old Selena Thornton, of 2328 South I St., on charges of neglect of a dependent resulting in bodily injury, and domestic battery.

Thornton told police on Thursday, May 2, 2019 she was boiling water in the bathroom at Persimmon Park Apartments to clean a pack and play and that is when her daughter stuck her hand in the boiling water.

Thornton told police her daughtrer screamed and then calmed down and went to sleep.

Riley physicians told investigators the pattern of the burn was classic for an abusive burn. The burn was on the left hand and extended to the wrist.

On June 28, 2019 at 1 p.m. Thornton was to meet an ISP detective for an interview. She called the detective at the ISP post approximately 30 minutes prior to the interview and said she was not coming and was going to contact an attorney.

On July 15, 2019 Thornton called the detective and said she would speak to him; however, her attorney would be present.

The detective left three messages with the attorney who did not return his calls.

In early October 2019, the detective spoke with attorney Christina Zsebeck, who represents Thornton in the DCS case against her. Zsebeck told the detective Thornton would not be doing any interview at that time.

The detective called Thornton again and she did not return his call.

On June 8, 2020, the detective received a final report from DCS and the physician at the hospital. The report stated the description of how the injury occurred by Thornton was not consistent with the injury sustained and Thornton delayed treatment after a serious injury occurred.

The information was forwarded to the Lawrence County Prosecutor’s Office and a warrant was issued for Thornton’s arrest.