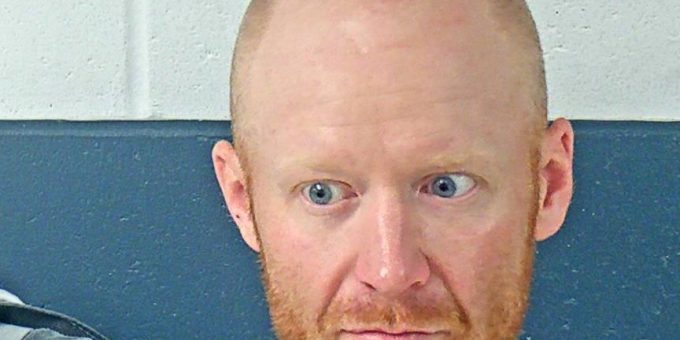 Police arrested 34-year-old Robert Henderson, of 450 E. Vine St., on charges of possession of meth and unlawful possession of a syringe.

According to a probable cause affidavit, on October 17th at approximately 6:34 p.m. Mitchell Police officers were called to a home in the 530 block of South 6th Street after a report of an overdose.

When police arrived Mitchell Volunteer Fire Department first responders had administered Narcan on Henderson who was unconscious lying on a bathroom floor.

Police knew Henderson from past encounters. Police say Henderson was unresponsive for several minutes and several doses were administered to Henderson before he became alert.

While paramedics were treating Henderson, a first responder handed an officer a baseball cap that contained two used syringes and an unused dose of Narcan. Police had seen Henderson wearing the baseball cap earlier in the day.

The baseball cap was found on the bathroom floor when Mitchell Volunteer Fire Department first responders arrived on the scene. The syringes tested positive for meth.

On October 16th at 5:32 p.m. Lawrence County Sheriff’s Department deputies were called to the 310 block of Lafayette Avenue after a report of an overdose. Henderson was found in a truck unresponsive and was transported to a local hospital.

Police say Henderson has been charged three other times for narcotics possession.