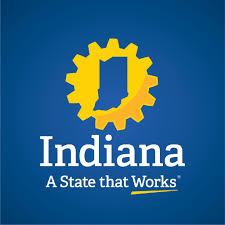 (UNDATED) – While federal and state information may get the most attention in the world of government documents, one shouldn’t discount the effect that local government – particularly ordinances (e.g., local laws) – have on people’s daily lives.

However, it can be difficult to locate copies of these municipal codes. As local governments pass, amend or repeal ordinances, they keep track of the changes to these laws in an organized format called a municipal code.

In the pre-internet era, paper copies often consisted of binders with pages that could be replaced as they were updated. More recently, many cities, towns and counties publish their code books online. It’s often possible to find the online link through an internet search for the official webpage of the city, town or county.

Indiana searches can be conducted here on the state government website. Users can access drop-down lists in order to help them find county, city or town official local government webpages. The compiled codes may be hosted on the official website, but more often than not, there will be an external link to a commercial company that hosts the information. The most frequently used online publishers for many Indiana local governments are American Legal, Code Publishing Co. and Municode.

Acknowledgements go to the useful research guide, Municipal Codes: A Beginner’s Guide, created by the Law Library of Congress.