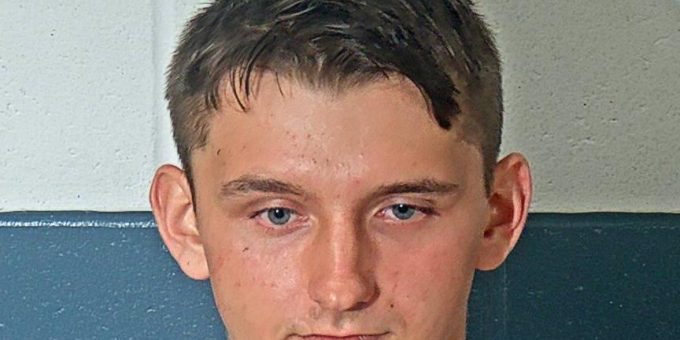 (BEDFORD) – A Bloomington man was arrested early Thursday morning after officers were requested to the parking lot of the American Legion after a report of a driver doing donuts in the lot.

Police arrested 20-year-old Dylan Sullivan, of Bloomington, on charges of auto theft, leaving the scene of an accident, illegal consumption, and resisting arrest.

When officers arrived they found a gray BMW with damage and damage to a fence.

According to Chief Terry Moore, officers noticed a male walking towards them and as they approached the male, he took off running.

That male was Sullivan. He continued to run from officers until he fell in a ditch and officers caught up to him.

“While speaking with Sullivan officers determined he was underage and had been drinking,” Chief Moore said. “Officers also were notified that the vehicle owner of the BMW called requesting to speak with an officer because his vehicle was missing.”

Officers spoke with the vehicle owner who requested to report his vehicle stolen.  Officers also obtained security video from the American Legion that showed Sullivan exit the BMW and leave in another other vehicle that was reported as doing donuts in the parking lot.