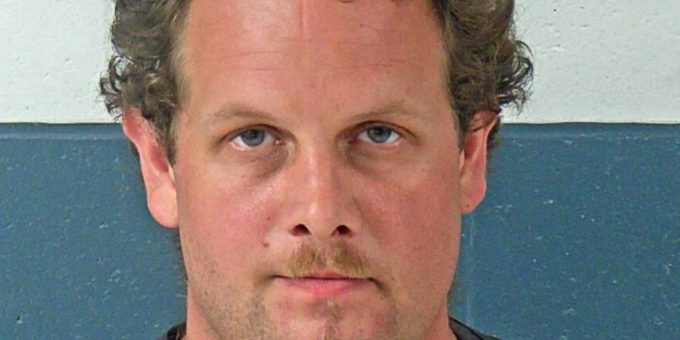 According to a probable cause affidavit, Tumey allegedly held his girlfriend against her will and assaulted her several times over the course of several months at their home on Sunny Acres Drive.

The woman told officers Tumey had harmed her physically and emotionally for as long as she has lived with him. She moved into his trailer in May or June of 2020. She told police Tumey had physically attacked her approximately 10 times.

She stated that during the early morning hours of August 20, 2020, Tumey came home from work and he got behind her and pushed her head-first against a glass mirror and “hit her really good” with his fist. After the incident she took photos of her injuries with her cell phone and then also forwarded those photos to a friend. She then deleted them from her cell phone so Tumey would not find them. The friend provided those photos to police.

The woman told police she would be simply sitting in a chair and Tumey would walk up to her and place his hands across her neck.

She then reported Tumey had also raped her in the past. She told police Tumey was armed with a 9mm handgun that he uses to intimidate her into having sex with him. She said Tumey never pointed the firearm at her, but would place it on the table to intimidate her with the intention of using it if she did not comply.

She also took photos of the gun on the table and forwarded them to her friend, who provided them to police.

The last rape occurred on August 21, 2020. After the rape, the woman went to IU Health Hospital for treatment of her injuries that occurred during the rape. Officers interviewed the woman at the hospital. The woman told police at that time she had been raped by Tumey three other times since April 2020.

The woman told police she was in the couple’s kitchen when Tumey began flirting with her. She pushed him away numerous times and told him to stop. She then went into the bedroom to change and that is when Tumey forced her on the bed and raped her. He then cleaned himself up and left. She waited a little while and then called police.

Again she took photos of the gun on the table and forwarded them to her friend and told him not to come get her because “he knows.”

Police gathered evidence from the trash that day where Tumey cleaned himself up with wipes after the rape and a rape kit from the hospital.

She then gathered her belongings while police were in the home and left to stay with a friend.

On August 26, 2020, police spoke with Tumey. He told police he and the woman had been dating off and on since late March 2020 and currently lived together.

He told police the sex was consentual.

When asked about the firearm, Tumey stated he keeps it in a cabinet in the kitchen. When asked if it would be normal for his firearm to be laying out somewhere in the trailer, he said no. When showed photos of the gun on a table in the living room, Tumey stated lately the woman has been stating she is going to hurt herself and that she must have gotten it out and put it there.

Tumey denied ever threatening the woman with the gun and telling her she couldn’t leave.

He then showed officers numerous text messages from the woman over the last few weeks that indicated she wanted to shoot herself.

He then told police he does not know why she would make these allegations and agreed to take a polygraph.

Tumey then admitted to forcing the woman to have sex knowing he was hurting her. However he said he never threatened her with a gun or hit her and was adamant she fell in the bathroom.

The information was forwarded to the Lawrence County Prosecutor’s Office and a warrant was issued for Tumey’s arrest.