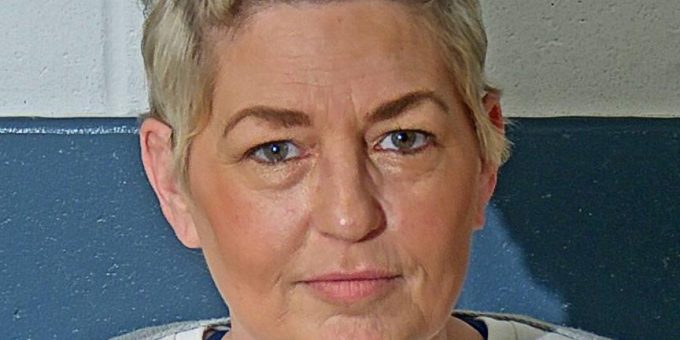 According to a probable cause affidavit, on October 2, 2020 at 7:38 p.m. Lawrence County Central Dispatchers received a call from a a female in the 200 block of Old Turnpike Road reporting she had been injured on her property by Nikki Hanners.

Officers responded to the home and spoke with the woman. When police arrived the woman had a cigarette and an alcoholic beverage in her hands and she had wet herself.

She told police her sister-in-law came into her house and beat her up and kicked her in the back.

The woman told police she was kicked so hard she had peed on herself, there was a red mark on her right arm, a knot on her left side of her head, a bloody finger, and a small bump above her eye.

The woman told police she pulled into her driveway and was bringing in food she had purchased when she heard the door open. She tried to shut the door and Hanners allegedly pushed her way in. The woman picked up a metal stake and started hitting Hanners on the arm with it. Hanners then told the woman she was going to beat her up and wanted her to leave the home. Hanners then pushed the woman down on the floor and started kicking her.

Officers then went to speak to Hanners at her home. Hanners had no visible marks on her hands from an altercation. Police did notice Hanners had dirt on her right foot and toe and a raised red mark on her arm.

Hanners told police she got the injury when her dog pushed a gate on top of her forearm.

Officers asked Hanners if she had been in a fight with the woman and she said no, that the woman has a history of making up stories.

A male at the home then showed officers text messages on his phone sent from the woman.

The woman signed a battery affidavit and the information was sent to the Prosecutor’s Office and a warrant was issued for Hanners’ arrest.