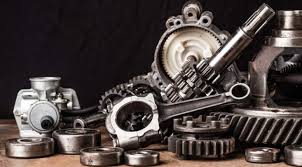 (SOUTH BEND) — Auto parts supplier Tenneco plans to cut about 350 jobs at a northern Indiana plant in a move the company attributes to the challenging global business for its piston product line.

Tenneco officials told workers at its South Bend plant on Wednesday that about 350 employees involved in piston manufacturing would lose their jobs over the next year.

That work will be shifted to other Tenneco plants around the world, said Steve Blow, director of corporate communications for the Lake Forest, Illinois-based company. The South Bend plant’s 125 assembly jobs will remain, the South Bend Tribune reported.

Blow said the company made the “difficult, but necessary” decision due to the challenging global business for its piston products line.

“This particular action isn’t related to current market conditions,” he said. “We have a systemic profitability challenge we have to correct.”

Tenneco took control of the South Bend plant as part of its acquisition of Federal Mogul two years ago. Employees would have the opportunity to apply for openings at Tenneco plants in Elkhart and Ligonier, and Blow said the company also is working on a severance package.

Jeff Rea, president and CEO of the South Bend Regional Chamber of Commerce, said he was surprised and disappointed by the company’s announcement.

“We’re thankful for what’s left, but this is still a very disappointing decision,” he said.