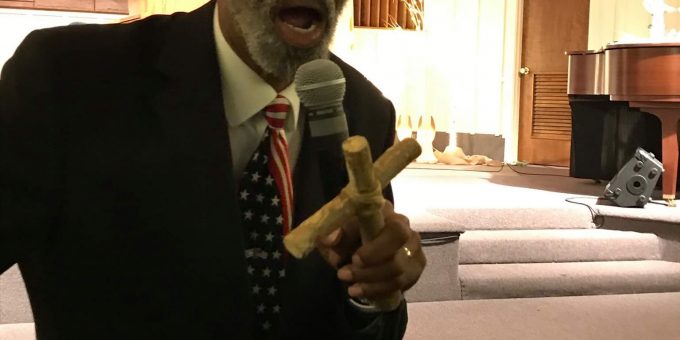 (BEDFORD) – Thomas and Frances Brown made their way to Bedford, Indiana in 1955 to find work. The couple had a one-year-old child at the time named Clarence – who would have known what an integral part that man would play in the City of Bedford.

Clarence grew up around Lincoln Elementary school and later moved into the Madden School district where he played with all the other neighborhood kids. They treated Clarence with love and respect – just like all the rest.

Other than the normal fights and name-calling all children do while growing up, life for Clarence was just like any other child’s in Bedford.

For Clarence living in a majority white community, he did not know there were other kids having to use different restrooms, drinking fountains, and not allowed to sit in any specific place because of their skin color.

As he grew older watching the news unfold on television and radio in the late sixties he asked his parents what was going on. His parents did not teach hate; they raised Clarence with Christian values. They did not elaborate on the things really going on in the southern states. They taught Clarence the biblical golden rule: Love Thy Neighbor as Thyself.

During his teenage years Clarence was a high school basketball star for Madden High School and enjoyed his years in athletics and made his way to college.

He attended Tennessee Tech in Cookeville, Tennessee in 1974, That is when he noticed black individuals were treated different.

“I was given change by a store clerk and she did not hand me the change like they did in Bedford. The clerk just kind of threw it at me, avoiding touching my hand,” said Brown.

That was when Clarence realized the privilege of living in a town like Bedford.

Brown remembers the message that Martin Luther King shared on the night Martin was asked to lead the Southern Christian Leadership Conference. Martin Luther King Jr. prayed that night when the Lord replied “Martin, Martin. Stand up for righteousness. I am with you until the end.”

King and his followers organized peaceful civil rights protests activities across the south. Because of those efforts changes were made for people of color.

Clarence Brown has worked over the years to keep Bedford the same community he grew up in, using the same attributes of Martin Luther King Jr. to keep unity within the community he loves. Brown moved back to Bedford around 1983.

Browns says over the years Lawrence County has had to confront a few who brought hate to the community.

“The Bedford community has always stood against those who try to divide it,” said Brown.

Back in 1996, while Brown was driving by the Oolitic light on State Road 37 and traffic was slowing down, and he found a man standing there handing out literature.

“When I got there, the man was would not hand it to me. He had a KKK thing on his shirt and I read his literature,” said Brown. “I still have the man’s name in my bible. He was from Michigan. His name was Marvin and I still pray for that man until this day. But when he handed that to me, I was sad that this kind of hate still exists.”

“The good thing about that incident is I saw a lot of littering, cause as the people in those vehicles were handed the literature they looked at it, and it was quickly being thrown out their car windows,” Brown added..

For the next 32 years, Bedford has conducted a Martin Luther King march to bring together not just blacks and whites but other minorities.

“Bedford has several minorities like Japanese and Mexican and we want those people to feel just as much part of our community,” Brown added. “I want future black children and other minorities to come and live in a community like what we have here in Bedford. I want them to understand they have a right to come here, but I want them to be able to come here feel comfortable, not feel intimidated, not feel like they are not wanted, not needed.”

“Whenever you move from one place to another it is going to be different. But, where you go… the people there can make a major difference in how you adjust to that move,” added Brown.

Brown is hoping someone is willing to pass on the baton to continue the spirit of unity in Bedford.

“In a marathon there are four guys to take that baton and you must have that baton in your hand to carry it on. We must have someone to be able to hand this off to,” said Brown.

“People choose what the want to be, but I find love is the best practice. It does not matter what your skin color is; the person decides what he wants to do and chooses between those two to love or to hate,” said Brown.

With all his energy Clarence Brown shares the gospel with people. He also works in his lawn mowing business, as a basketball coach for Shoals High School, volunteers for several organizations like Bertha’s Mission, and volunteers at the Men’s Warming Shelter.

Brown not only talks about loving everyone the same but has demonstrated his love in too many ways to count. With a song of love in his heart, no matter where you may find Clarence he is sharing that love.

This year Clarence will be honored for his efforts. Brown was named the Grand Marshal of the Bedford Christmas Parade.