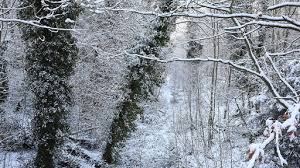 (ELY, Minn.) — An Indiana man is safe and warm after rescuers found him cold, wet and alone in the Boundary Waters Canoe Area Wilderness of northern Minnesota.

The St. Louis County Sheriff’s Office received a call Saturday night from an Ely-area outfitter that had dropped off Chori Rummel, 34, of Elkhart, Indiana, earlier for his first trip into the wilderness. The solo paddler used a handheld Garmin inReach device to send an SOS signal, and a message stating “Help Wet and Cold.”

Capt. Rick Slatten of the department’s rescue squad said Monday that they had to cross Nina-Moose Lake, roughly 20 miles (32 kilometers) north of Ely, in cold and snowy conditions.

“It was as dark as I’ve ever seen it out there. You couldn’t see anything. It was snowing heavily, fog was moving in, and there was ice on the lake,” Sean Williams, a Department of Natural Resources conservation officer, told the Star Tribune of Minneapolis. “We had to break through ice to get to the middle of the lake, and when we made it to the middle, it was so dark we had to use a GPS to find the shore and his campsite.”

Rescuers found Rummel in a tent inside a lightweight sleeping bag, wearing his one remaining set of dry clothes. He was experiencing hypothermia. The rescue team lit a fire, warmed him up, then brought him to safety.

Rummel, who was only one day into what he intended to be a weeklong visit, told the Star Tribune he sent his distress message once his hands became stiff from the wet and cold.

“I made a poor choice of gloves” Rummel said. “They said waterproof on the packaging, but they weren’t. If it wouldn’t have been for my hands, I would have stayed out there longer, but you can’t work very good if you can’t use your hands. It got so cold, my cellphone shut down on me.”

Slatten said Rummel is fortunate to be alive. Even if he had been strong enough to make it out on his own, the officer said, the ice had become so thick that Rummel would have had to carry out his canoe and gear, rather than paddle out.

Rummel said his experience has not dissuaded him from trying again, “but not until June.”

The sheriff’s office said everyone who ventures into the BWCA should prepare for all conditions, not take unnecessary risks, leave a travel plan, and travel with a GPS or SOS device in case of emergencies